Recently Russel and Ashlyn Brown of Port Townsend Watercraft (ptwatercraft.com) have republished the book "Project Cheers". First published in 1969 it tells the story of the proa Cheers, designed for and entered in the 1968 OSTAR. It really is a great read and gives great insight into how the boat was conceived, built, how she sailed, problems encountered and solutions engineered. Thank you to Russel, Ashlyn and everyone else involved in getting the book back in circulation, and thanks for the speedy delivery as well! 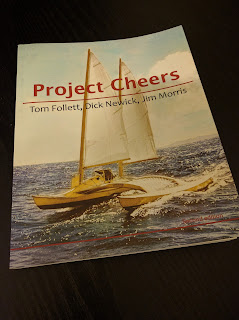 You can get the book from ptwatercraft.com and on Amazon and you can find more info on the book and boat at cheersdicknewick.com.
Posted by Jacob Burbach at 5:30 PM 1 comment:

Sailing on the Indian River

After several outings of 'close but no cigar', finally got the tracker to give up a 10+ knot confession. 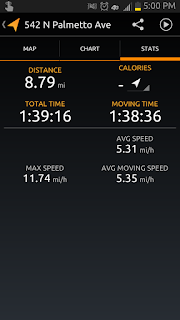 Closer inspection of the track even shows peak speeds of 11 and 12 knots. Though those were only lasted for a brief couple seconds so doesn't really count I guess, but good fun!
Posted by Jacob Burbach at 5:55 PM No comments:

Over the weekend we took the boat out to gulf and got him salty for the first time. We launched from the Dunedin Causeway and sailed up to the northern end of Honeymoon Island where we stopped for a bit, had a nice lunch, and chilled out for a while. We then spent some time sailing about and visiting some other little beaches before heading back when the tide and sun were starting to fall.

In all we had a really great time, was awesome to get out there and be able tot do it after so long dreaming about it. Winds were pretty good, 10-15 mph or so and steady. I think full sail probably would've been fine, but decided to tuck in a reef to be safe, have more headroom (in hindsight I should've made the mast a couple of feet taller), and have less risk of dunking the wife (want her to enjoy sailing as much as me).

Anyway, I made the sail fairly large at ~90 sqft for light winds and fun, and with one reef it's ~60 sqft (close to size of rig spec'd for the boat) and quite enough to drive the boat quickly with any decent wind and feels pretty docile and safe, making for a quick, fairly dry, and relaxing sail. 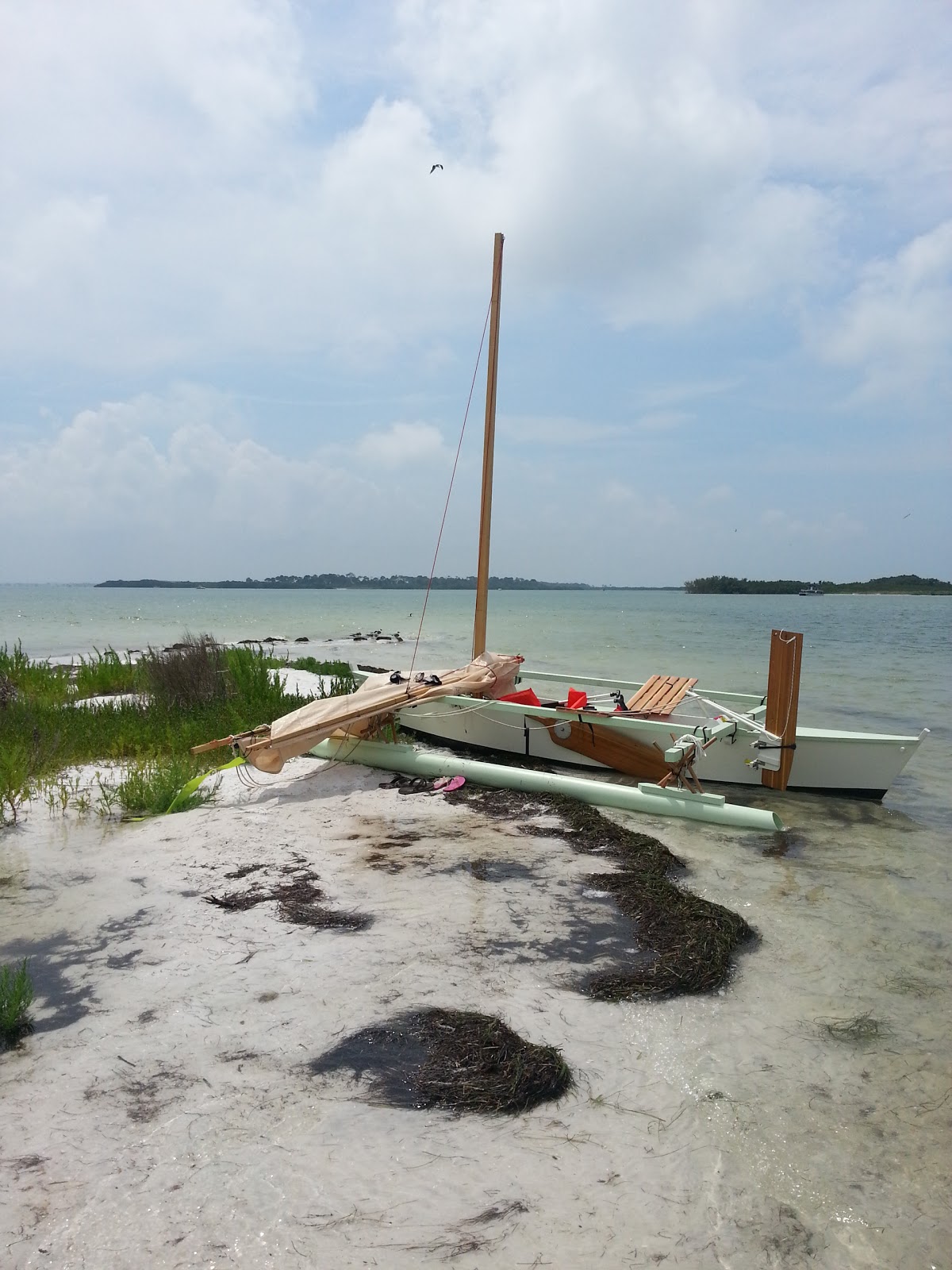 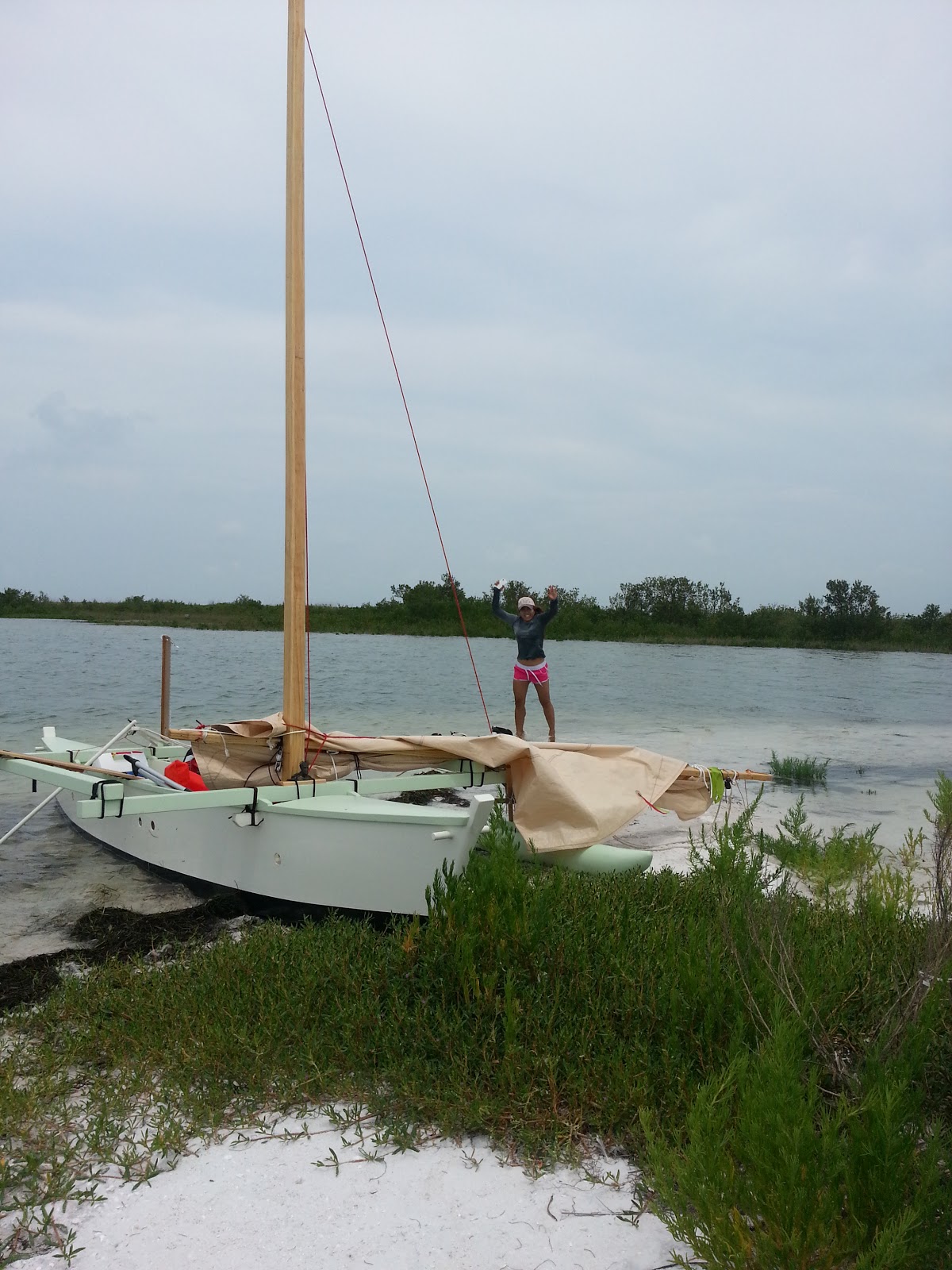 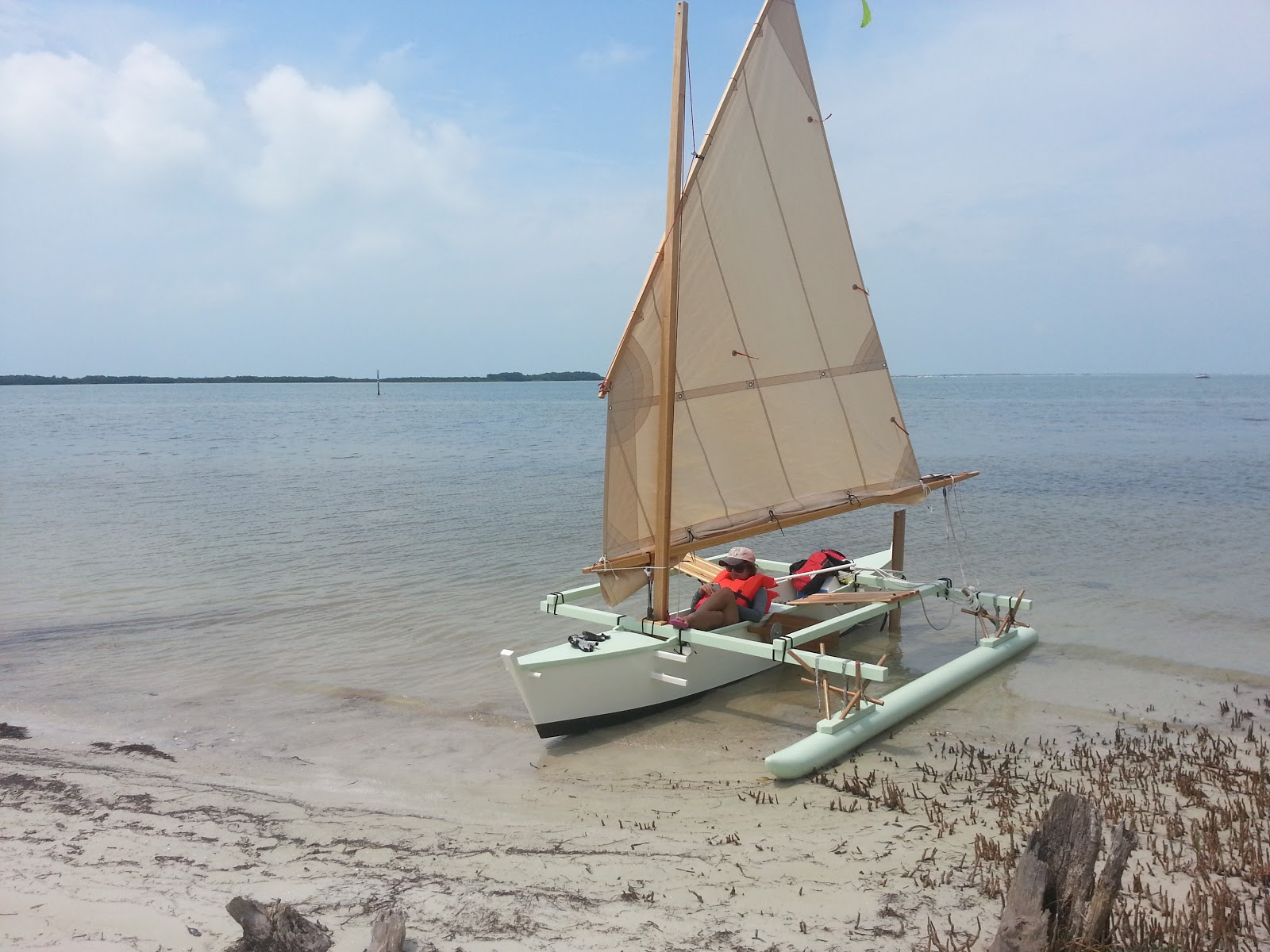 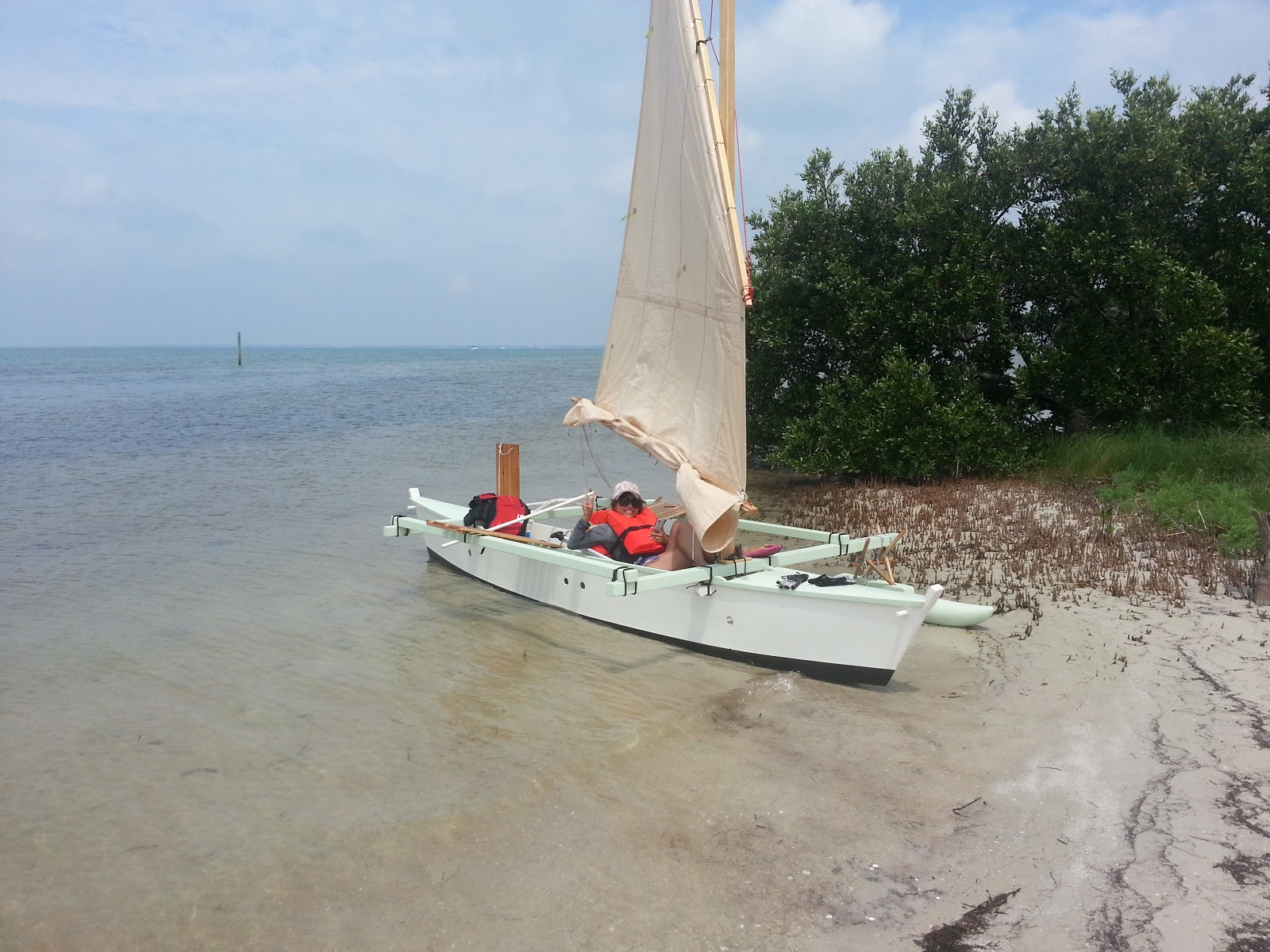 A nice relaxing day on the lake with the wife (on her SUP) and mostly light winds. Made some adjustments to the halyard and downhaul position as well slackening the outhaul some to get more depth in the foot and felt a definite improvement all around. 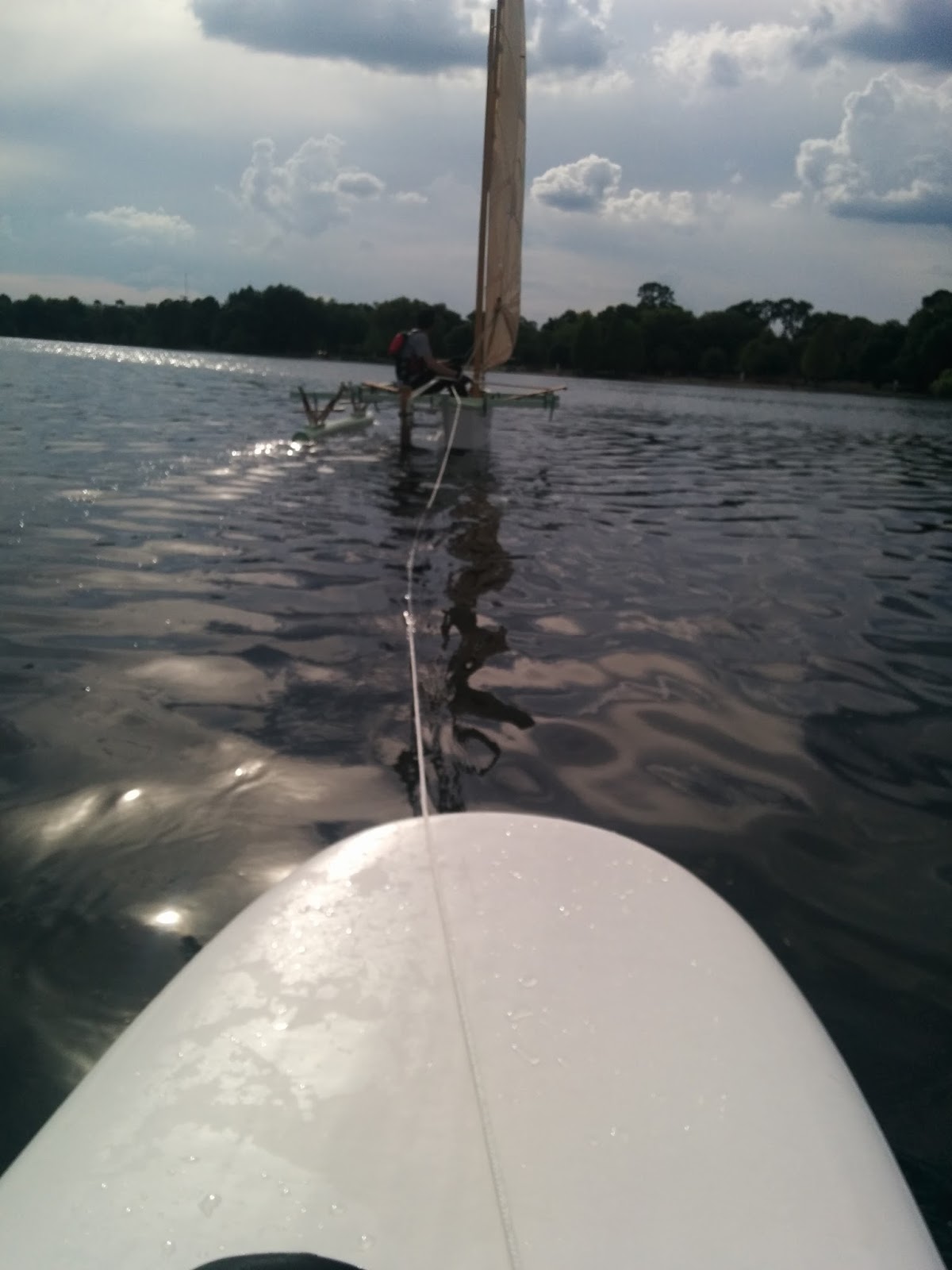 So little wind by this time, might of worked better if she towed me instead...but we managed to ghost on back to shore slowly...
Posted by Jacob Burbach at 6:41 PM No comments:

Some video of my second sailing day with Groot. Not the greatest quality but...

Winds were mostly light, 10 mph or less (mostly less). Balance felt good and there were no real issues at all, it just sailed well all day in light winds and really accelerated and got moving when the wind would kick up a bit. Was a nice sunny and warm day and a perfect day on the water for a first shake down..I had a blast.

I did manage to (embarrassingly) do two unintentional capsize recoveries. Not because of the wind, which only got strong enough a couple times to really get on it and have the ama fly, but rather from the dumb ballast that is me not moving off the starboard, non ama, hiking seat quick enough when I should have...and comically tipping the canoe over. On the plus side it was no trouble to get the canoe righted and get going again quickly..and no bailing thanks to the self bailing cockpit. The hatches did seem to leak a small amount though, not a ton, but I'll have to try and figure out where and why and seal them up better.

My only real mistake, and one I hopefully will never make again, is on the second capsize in my haste to get righted quickly I didn't make sure it was pointed into the wind and the sheet wasn't stuck on anything. So when the canoe came up, the sail came round and grabbed the wind and would've sailed away without me if I hadn't had managed to scramble on quickly. I was on a lake, near shore, with warmish waters, in a pfd..so I would have been fine...but hate to think what might have happened if the boat got away unmanned on a fairly busy lake... 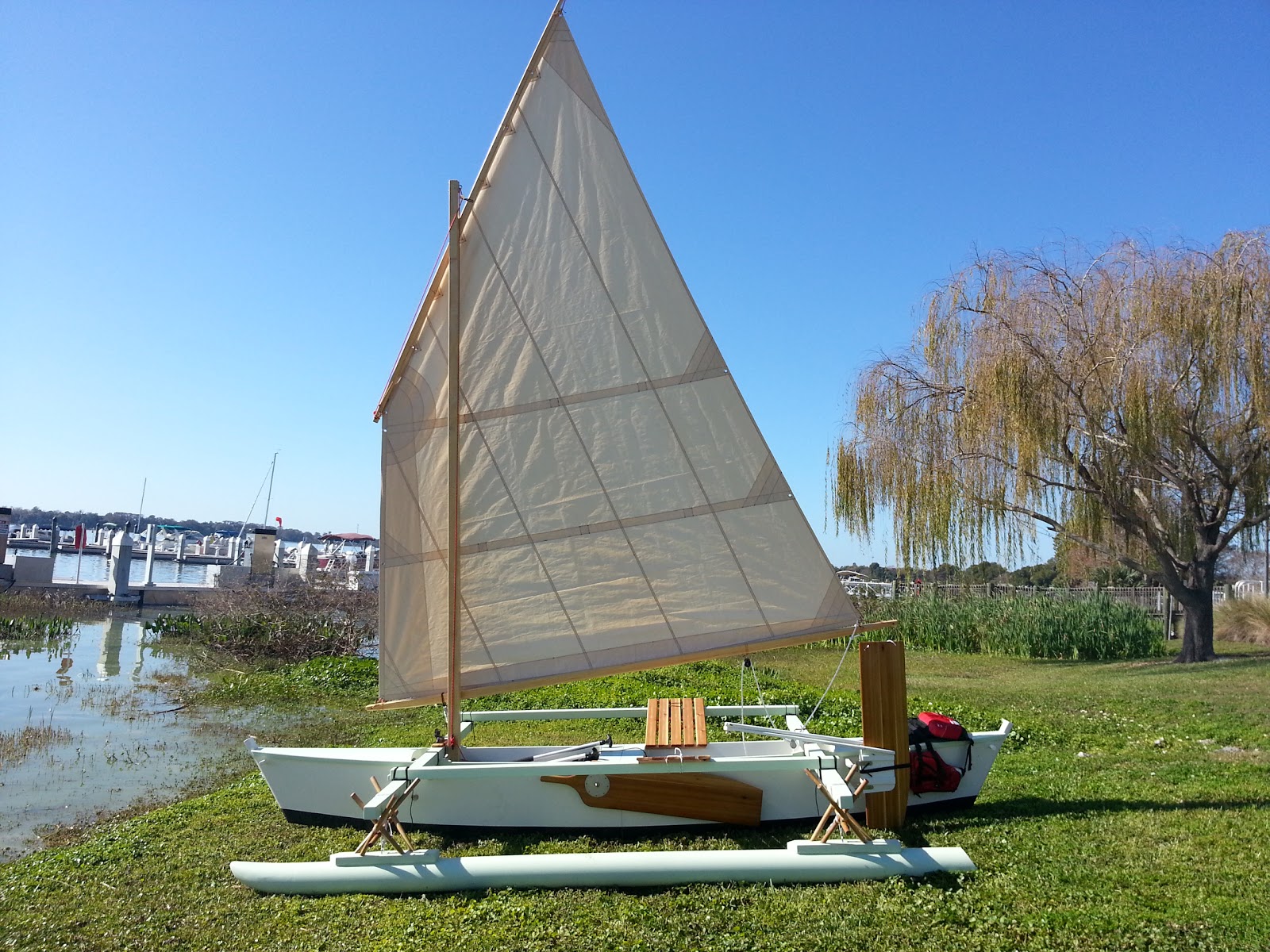 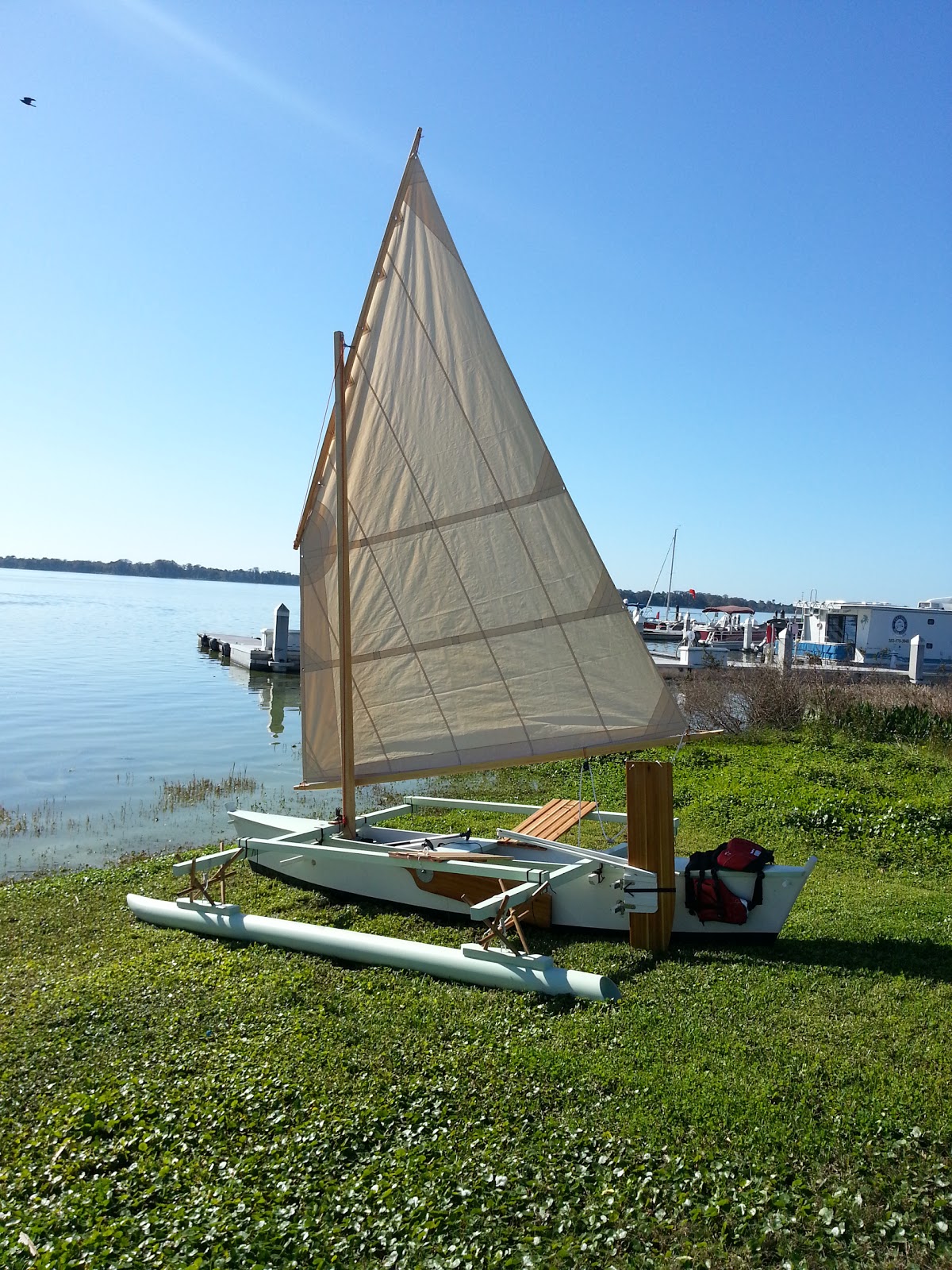 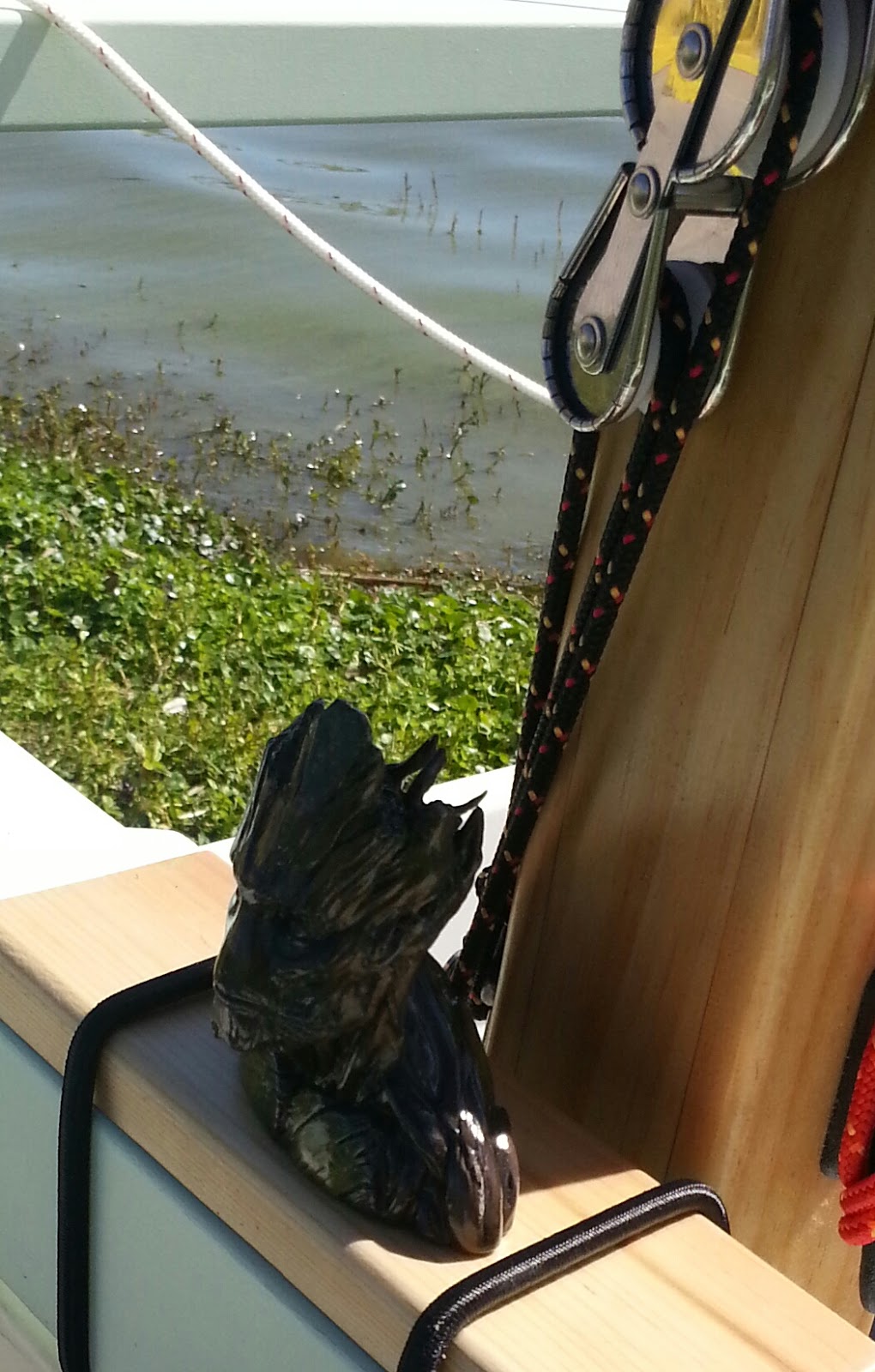 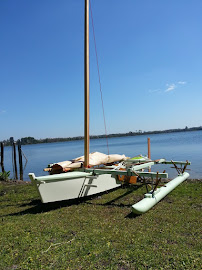 Groot is based on the Wa'apa, a design by Gary Dierking.